Newly merged Cloudera and Hortonworks will operate under the Cloudera brand 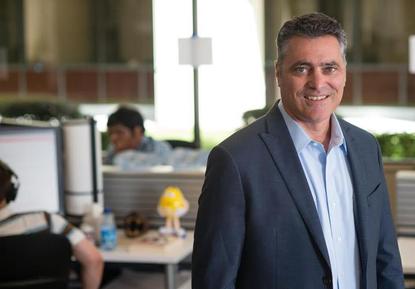 As expected, the newly merged Cloudera and Hortonworks will operate under the Cloudera brand, and is aiming to start moving customers to a new, unified Cloudera Data Platform, while also committing to hybrid and multi-cloud deployments and remaining '100 per cent open source'.

Back in October last year the rivals announced that they would be merging via an "all-stock merger of equals" bringing together two once red-hot heavily VC-backed unicorns that have both struggled to effectively monetise their open source-backed data solutions.

At the time we didn't know how the new company would be branded but now we know it will be called Cloudera, with the Hortonworks branding hitting the scrapheap.

This reflects what we wrote at the time: "Cloudera is the alpha dog in this negotiation, with Cloudera stockholders due to own approximately 60 per cent of the equity of the combined company and Cloudera's CEO Tom Reilly leading the newly joint business, with Bearden joining the board of directors."

Speaking during a pre-recorded web conference yesterday, Reilly explained how the 'new Cloudera' will focus on getting customers onto the newly created Cloudera Data Platform.

He also outlined that the company will prioritise investments in machine learning and edge use cases, as well as hybrid and multi-cloud deployment options for customers looking to avoid vendor lock in, and a continued commitment to the open source community.

"In recent years each company has invested in differentiated, yet complementary areas. Hortonworks in real time streaming and data ingest for IoT at the edge, and we have invested in machine learning and artificial intelligence, allowing data scientists to have automated workflows," he said.

Arun Murphy, the new chief product officer at Cloudera and a cofounder of Hortonworks, added that customers should "think of it as a brand new data platform, with the best of HDP [Hortonworks Data Platform] and CDH [Cloudera Distribution Hadoop], with one security and governance stack, and some overlapping technologies driven by customers, allowing for a straightforward shift for existing customers."

Reilly also announced that "true to our heritage the new platform will be 100 percent open source... with unified enterprise security and governance" as well as a focus on "new open source standards like Kubernetes and containers, [which] will influence our strategy going forward".

This also marked the first time Reilly spoke about joint financials, stating that now combined the company is "financially stronger, with more than $500 million in cash, zero debt and approaching nearly $1 billion in revenues, while growing nicely".

This is despite the 2017 figures for both companies showing combined annual revenues of nearer $520 million.

More specifically: in 2017 Cloudera reported revenues of $261 million, but the company still made a loss of $187 million. Hortonworks made an operating loss of $199 million for the full year of 2017, on revenues of $262 million.

Reilly also reassured existing customers of HDP 3 and CDH 5 and 6 that they will be supported through to January 2022 at least, including a post-merger commitment of three years of support.

That being said it is clearly his and the vendor's priority to start getting customers migrating onto the new unified Cloudera Data Platform as soon as possible, with Reilly promising "predictable and flexible migration paths" with more details to follow in the coming year. How these migration paths will be taken up and what the cost to customers will be are not yet clear.

He also announced that the Cloudera data science workbench tool will be made compatible with HDP and Hortonworks Data Flow (HDF) in the coming months, with engineers "finalising testing and release plans soon".

William McKnight, president at McKnight Consulting Group believes that the majority of the migration burden will end up falling on Hortonworks customers.

"Platform changes, even upgrades, can be a major challenge to get prioritised, but it happens all the time with mergers, so I’m sure the team is addressing it," he said.

"There is a concern that this might be another factor for the Hortonworks customer to consider since many data lakes are being provisioned on cloud storage these days and some are being moved there from Hadoop".

Reilly made a significant point of talking about the importance of the new Cloudera supporting hybrid and multi-cloud deployments, from on-premise to the 'five major public cloud providers', namely: AWS, Microsoft Azure, Google Cloud Platform, IBM and Oracle.

He underlined the point by stating that: "A cornerstone of our strategy is to be hybrid and multi-cloud."

"Cloud is the number one area of investments of the new company," he added. "Customers have shown little interest in the public cloud vs private cloud debate, while the desire for hybrid and the avoidance of lock in is what we hear loud and clear."

In conclusion, Reilly said that Cloudera and Hortonworks "agree and have always embraced the power of the cloud" and that enterprise customers want: "machine learning and analytics from edge to AI, operating seamlessly across all clouds... supporting on premise and public and multi-cloud across all five major providers, running on data anywhere, with common security and governance, that is 100 percent open, with zero lock in." Sounds simple enough, right?