Program to focus on improving safety on rural roads 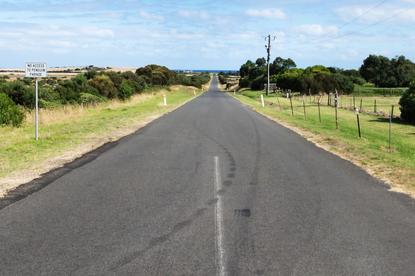 Bosch is the first recipient of a permit under Victoria’s new Automated Driving System (ADS) scheme.

The permit will allow the company to test highly automated driving systems on Victorian roads, with the company expecting to begin trials in rural parts of the state later this year.

The company has received $2.3 million under the government’s Connected and Automated Vehicle Trial Grants Program, which is part of the broader $1.4 billion Towards Zero Action Plan.  The Bosch trial is specifically focused on improving safety on rural roads.

In late 2017, VicRoads sought applications for CAV grants. The state government said it expects to announce other successful applicants soon.

“Bosch is a proud leader in vehicle safety systems and is eager to commence this trial with technologies that will show how we can improve road safety and reduce road trauma on rural roads,” said the president of Bosch Australia, Gavin Smith.

The National Transport Commission (NTC) and Austroads in 2017 jointly released national guidelines for trials of automated vehicles on Australian roads.

The guidelines were intended to provide a consistent approach to trials across Australia while still being flexible in order to apply to a range of autonomous technologies.

In May last year Australia’s transport ministers agreed to take a uniform legal approach across states and territories to vehicles equipped with automated driving systems.

The NSW government today unveiled details of its electric and hybrid vehicle plan.

“More people are embracing electric and hybrid vehicles and we need to do our part to ensure we have the infrastructure in place so that people are confident to use these vehicles right across the state,” said transport and infrastructure minister Andrew Constance said.

NSW is aiming to have 10 per cent of new government fleet vehicles being electric or hybrid from 2020.

Updated to correct the size of the grant to Bosch.