While wireless charging is expected to take off during the next decade, Apple's failure to ship its AirPower device in 2018 could be having a chilling effect on the industry. 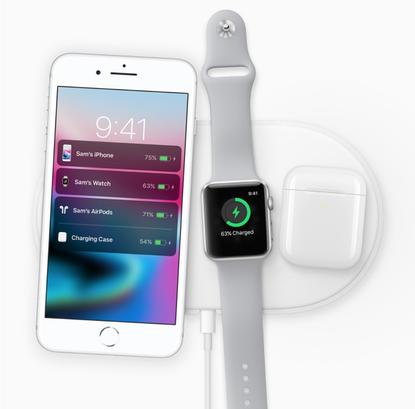 Apple's silence about whether it will or won't ship its long-overdue, multi-device wireless charger may be giving smartphone and other mobile device second thoughts on using the technology in their own devices, according to a new report.

The annual shipment of wireless power receivers and transmitters is forecast to grow from 450 million units in 2017 to more than 2.2 billion units in 2023. And by 2027, wireless charging shipments are expected to reach 7.5 billion units, according to a new report from IHS Markit.

Even as adoption of wireless charging grows, there has likely been a recent chilling effect on the push caused by Apple's failure to ship its AirPower wireless charger. Apple announced AirPower in the fall of 2017 and said it would ship before the end last year.

Throughout 2018, Apple remained silent about the fate of its wireless charger; it didn't even mention it at its annual keynote event in September. Industry pundits surmised the company was struggling with technical issues, such as how to regulate different charging requirements on a single pad using the Qi wireless charging specification. Apple advertised AirPower as a pad that could charge an iPhone 8 or iPhone X, an Apple Watch Series 3 and AirPods via their charging case.

Another possibility is that Apple may be considering how to use intellectual property from PowerByProxi, the small, wireless charging technology company it purchased in 2017. PowerByProxi's technology uses magnetic resonance to send a charge over short distances (just over an inch).

In 2014, PowerByProxi demonstrated a 7.5-watt, highly resonant bowl-like charging system for thin-form devices such as smartphones and phablets; that technology, the company said at the time, could be expanded to 15 watts for tablets.

Recent industry speculation has claimed Apple's AirPower is already on the production line, being readied for shipment. A request to Apple for comment on AirPower's status was not returned.

As Apple is a technology trendsetter, many other tech companies follow its adoption strategy because it plays an important role in the larger ecosystem – especially with its iPhone, according to Dinesh Kithany, a senior principal analyst with IHS Markit.

Because smartphones are one of the largest product segments adopting wireless charging, whatever Apple does – or doesn't do – plays an important role, he said.

To date, most smartphone manufacturers have only offered wireless charging on their flagship devices, choosing to wait on rolling it out on lower-model phone lines, Kithany said.

Apple chose the Qi induction wireless charging standard for its iPhone line-up, spurring the industry to also adopt the same standard. Moving forward, however,  uncoupled charging technology such as radio frequency (RF), infrared (IR) and ultrasound – which are better suited for wearables and IoT devices – are likely to see adoption.

"Before Apple decided to pick up [Qi] induction in 2017, there was a big fight between wireless induction and resonance charging technology," Kithany said. "Many companies working on resonance and RF said we've lost the big war. So, things slowed down until they knew what to do and what other product segments they could think of."

For example, the AirFuel Alliance, which counts several uncoupled charging technology companies among its members, made several announcements at the CES show last month, including one around RF wireless charging developer Energous Corp. Energous, which licenses its intellectual property, demonstrated "pre-production" chargers at CES from several manufacturers.

Another uncoupled charging developer, Wi-Charge, uses infrared technology to send power over distances of several meters; it said product shipments could begin in the first half of this year.

Uncoupled wireless charging could be used to send power to everything from smart watches and hearing aids to IoT devices and warehouse roaming robots. For example, smart buildings that use hundreds of sensors to regulate HVAC systems or control door locks could power those devices with batteries charged through uncoupled technology. Uncoupled technology could be used to keep wearable medical devices, smartphones or smartwatches topped off as users move around workspaces or through public areas such as airports.

"I can see many companies now...looking to other charging devices where induction technology is not a good solution," Kithany said.

In fact, as consumer and industry interest in the wireless power market has drifted away from mobile phones, it has moved towards wearables, medical devices, electric vehicles and other consumer and industrial applications, according to the IHS Markit  report.

The company, which is also part of the AirFuel Alliance, expects a number of electric car manufacturers to announce wireless charging for their vehicles, according to WiTricity CEO Alex Gruzen.

The lead time for any new technology to move from concept stage to launch is considered to be quite long in the automotive industry, according to Kithany. Unlike consumer tech, which takes two to three from development to production, automotive technology typically takes about five years.

"Considering this, while most of the automakers are working on their EV wireless charging solution, we could only expect to see them on roads not before end-2021," Kithany said.

Meanwhile, inductive wireless charging products will continue to comprise the largest share in both receiver and transmitter shipments for at least the next several years. The amount of power inductive technology transmits to mobile devices, however, is expected to soar.

Currently, the share of devices with power ratings less than 5 watts (W) within the consumer sector is expected to drop significantly over the next five years, as devices shift to adopt higher power ratings of 15W to 20W, which support fast charging.