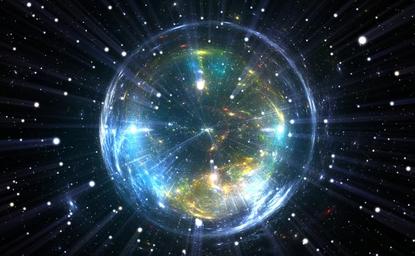 The very first quantum computers are here. Some – such as those developed by IBM and Rigetti – have already been made available to researchers via the cloud.

Sure they are on the small side, and only prototypes, but nevertheless serve as good test beds for proof of principle concepts like quantum algorithms, quantum machine learning and testing the ability to detect and correct errors.

It’s overcoming that last challenge which will prove key to the success of larger, future quantum computers, which are expected to be able to perform calculations a classical computer simply wouldn’t be able to in a reasonable amount of time.

Quantum computers leverage the unusual properties of matter at the quantum scale that allow them to process information using qubits (quantum bits). Qubits utilise the fact quantum objects can exist in an indeterminate state, known as superposition, and can become ‘entangled’, a phenomenon describing behaviour not seen in conventional computers. However, electronic ‘noise’ easily disrupts these states, producing errors in computations, which limits their usefulness.

In a paper published in journal, Physical Review Letters today, University of Sydney scientists have demonstrated the use of codes designed to detect and discard errors in the logic gates of quantum machines.

“The question we address here is whether such a code can conclusively show a benefit for encoded computation on current small-scale noisy quantum devices,” said lead author Dr Robin Harper.

“These experiments are the first confirmation that the theoretical ability to detect errors in the operation of logical gates using quantum codes is advantageous in present-day devices, a significant step towards the goal of building large-scale quantum computers,” he added.

Classical switches in today’s computers can run for many years without errors. At present, quantum switches begin to fail after just fractions of a second.

“One way to look at this is through the concept of entropy,” said Professor Steven Flammia, co-author and member of the university’s Nano Institute and school of physics.

“All systems tend to disorder. In conventional computers, systems are refreshed easily and reset using DRAM and other methods, effectively dumping the entropy out of the system, allowing ordered computation,” he said.

“In quantum systems, effective reset methods to combat entropy are much harder to engineer. The codes we use are one way to dump this entropy from the system,” Flammia added.

The pair applied a "small but useful" code to IBM’s cloud-based quantum device and showed error rates dropping from 5.8 per cent to 0.60 per cent.

“This is an important step forward to develop fault tolerance in quantum systems to allow them to scale up to meaningful devices,” Dr Harper said.

The physicists, both researchers with the ARC Centre of Excellence for Engineered Quantum Systems, emphasised that fault tolerant quantum devices were still years away.

“There is still a long way to go,” Harper said.

Of the testing on IBM's machine, Harper said that "although the fault-tolerant gates offer an impressive improvement in fidelity, the computation as a whole is not below the fault-tolerance threshold because of noise associated with state preparation and measurement on this device".

IBM has been offering researchers and a limited number of commercial clients access to its early quantum machines since 2017. The University of Melbourne and Sydney start-up Q-CTRL are among them.

“This paper is a great example of how scientists can use our publicly available cloud systems to probe fundamental problems. Here Harper and Flammia show that ideas of fault tolerance can be explored on real devices we are building and already deploying, today,” said principal theoretical scientist with IBM Q, Dr Jay Gambetta.