Much needed fix for looming mainframe skills crisis, as experts head for retirement 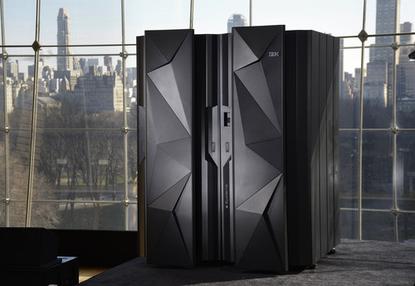 A cohort of students are preparing to start a revived mainframe degree course this winter, a program welcomed by employers faced with a looming skills crisis within their organisations.

The University of Canberra announced its Bachelor of Information and Mainframe Technology degree in July, developed in partnership with tertiary education provider Column 72.

The students, selected from TAFE schools, are now being matched with employers who will pay their salary and fees for the three-year course.

The course will focus on the IBM Z mainframe, which is used by 61 firms (27 insourced and 34 outsourced) in Australia. Major government departments and Australia’s big banks are among the most prominent organisations to run mainframes.

While they are well-used – a recent BMC survey found 92 per cent of executives considered them a “long term, viable” platform – those that work on them are fast heading towards retirement.

“Participating in the mainframe trainee program is a pivotal part of growing skills to support our mainframe business into the future. Without this we see the skills base in the industry at risk of diminishing with the ever-aging resources,” said Northern Territory government’s Department of Corporate & Information Services (DCIS) data centre services chief Scott Thomson.

The DCIS is one of this year’s participating employers, and has sourced employees through Column 72 in the past.

“Fresh blood and new ideas are always beneficial to any organisation, and are crucial to driving the industry. Mainframes have been around for over 50 years, and they’re only going to be increasingly used. So it is vital that we grow our specialised mainframe skills resources, especially internally,” Thomson said.

The DCIS has already employed two students of the upcoming course.

“I get to work with experts in so many areas, which gives me a great overview of the big picture and allows me to develop multiple skills,” said new DCIS mainframer Wazid Ali Khan Pathan.

“The more I’ve learned about mainframes, the more I have realised how relevant they are to our everyday lives,” said fellow trainee and DCIS colleague Elina Woolley. “If mainframes stopped working, the world as we know it would also cease to function.”

The course is a revival of a similar one that ran between 2001 and 2011. It came to an end as a result of the global financial crisis, but not before graduating 262 students. Applications for participating employers close in April.