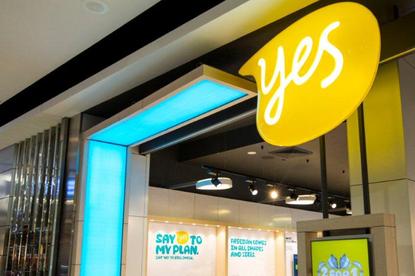 Optus CEO Allen Lew has called for the government and NBN Co to consider 5G wireless technology as an upgrade path for those parts of the National Broadband Network where performance is limited by the use of copper wiring, and as an alternative to laying additional fibre to households to deliver faster speeds.

The chief executive today said the government should consider a scheme run in a somewhat similar fashion to the Mobile Blackspot Program, with NBN Co leasing 5G capacity from telcos, which would bid to provide 5G coverage in a particular area.

In remarks prepared for the CommsDay Summit in Sydney, Lew described the current experience of the NBN for many people as “underwhelming”. The CEO argued that connecting to the NBN is “painful” for many customers, and said the telco industry had inadequate processes to respond to service outages.

“Whilst we’ve made improvements, I believe the NBN is falling short of customer’s current expectations around speed, reliability and service performance,” Lew said.

In the 10 years since the NBN project launched, wireless technology has evolved significantly, he argued.

Fixed wireless based on the new 5G standard could be regarded as a potential threat to the NBN but also presents a “great opportunity,” he told the conference.

“To ensure we do not fall further behind our international peers, the government and NBN will have to face up to the challenge of upgrading large parts of the network where speeds are limited by the underlying copper or cable,” he said. “This upgrade will have to be done in a way that minimises costs to maintain affordability.”

5G fixed wireless access (FWA) “delivers a real and credible technology option that must be considered,” Lew argued. “Rather than spending billions of dollars to invest in more fibre or newer copper, 5G technology can be deployed quickly and cost effectively to bring gigabit speeds to households.”

In January, Optus revealed details of its plan to progressively roll out a 5G fixed wireless service. The price point of that service -- $70 a month for unlimited downloads – matches Optus’ standard service based on NBN Co’s 50Mbps wholesale speed tier. While the Optus NBN product offers typical evening speeds of 40Mbps, the 5G offering will guarantee a minimum of 50Mbps.

The service can be self-installed by the end user with no need to schedule a technician visit, and requires no fixed line service to be present. By March 2020, Optus has said that it will have 1200 5G-capable sites across the ACT, NSW, South Australia, Queensland, Victoria, and Western Australia.

Lew said Optus was willing to partner with the government and NBN Co “to assess options to use current and future 5G spectrum holdings to offer a 5G FWA service into homes where existing NBN service capability is likely to be limited.”

The CEO argued that a discussion over such a scheme should be held now, as the government prepares to auction off so-called mmWave spectrum: Spectrum in the 26GHz band that will be used for 5G services.

“We would be willing to use some of this spectrum to supply 5G FWA,” Lew said.

“Here’s how this might work: NBN Co could lease wholesale capacity from Optus to serve homes in a particular area with 100 megabit or gigabit 5G FWA services.”

“This would be a win-win for customers and NBN Co,” Lew said. “Customers would get access to faster speeds through the latest technology and NBN Co avoids the capex of upgrading part of its network to achieve ultra-high speed services.”

The program could be opened up to a tender process, similarly to the mobile black spot program.

“Only challenger thinking and bold actions can ensure that we can keep pace with our international peers whilst ensuring services remain affordable,” Lew said.

“5G FWA must be central to the discussion around and the future solution for NBN, to meet its full potential.”