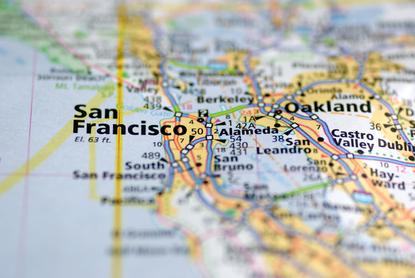 The former Australian ambassador to Israel argues that the FAANG group of companies (Facebook, Apple, Amazon, Netflix and Google) are “now immensely important international actors in their own right” and worthy of a dedicated diplomatic post.

“We have issues at stake with each of them – from privacy to taxation, from counterterrorism to cyber-interference and national security capabilities,” he writes in a ASPI International Cyber Policy Centre report, published today.

Likewise, the major Chinese technology giants – the so-called BATs (Baidu, Alibaba and Tencent) – should also have a dedicated diplomatic presence.

“Why not have ambassadors dedicated to building and managing these critical relationships, which are surely as important as our relationships with some of the smaller countries where we maintain a diplomatic presence?” Sharma writes.

The concept of ‘techplomacy’ is not entirely new. Denmark appointed a ‘digitisation ambassador’, based in Silicon Valley in 2017.

“Companies such as Google, IBM, Apple and Microsoft are now so large that their economic strength and impact on our everyday lives exceeds that of many of the countries where we have more traditional embassies,” the Danish foreign minister said at the time.

France followed suit with an ambassador for digital affairs later that year.

The tech ambassador proposal is just one element of Sharma’s pitch for DFAT to embrace ‘digital diplomacy’.

Although the department has a number of social media accounts, it has a tendency to “duck the difficult issues” he says.

“Too often, when a storm of controversy is raging all around them, DFAT’s digital channels bury their heads in the sand, go radio-silent, or promulgate the Panglossian fiction that all is well,” he writes.

The department should treat digital diplomacy as a “core tradecraft” he adds.

Other recommendations include the piloting of ‘embassy-lite’, one-person diplomatic posts, and a Twitter account for the Secretary of DFAT.