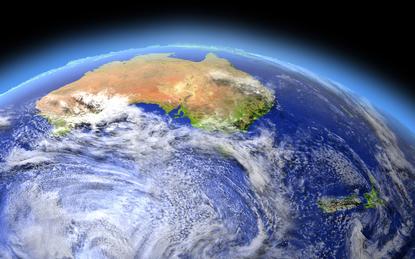 The cyber security firm is expected to launch its third centre in the APAC region this year, but as good as ruled out Australia or New Zealand as locations earlier this month.

The centres give large clients and partners the opportunity to "come and check" Kaspersky Lab product source code, software updates and threat detection rules for themselves.

"Through them, we provide governments and partners with information on our products and their security, including essential and important technical documentation, for external evaluation in a secure environment," the company said in a statement when launching the initiative in October.

Two have opened so far – the first in Zurich, Switzerland in November, and a second in Madrid, Spain this month.

"It's just a facility, basically it's a super protected room with a very high level of security where we provide remote access to the source code. Technically we can open it in any place in the world," Kaspersky Lab public affairs chief Anton Shingarev told Computerworld at the company's Security Analyst Summit in Singapore.

Two further centres will launch by 2020, one in North America and another in the APAC region – but not in Australia or New Zealand.

"Australia's a perfect country, I really love it, but there's a huge problem, Australia's just very far. A Transparency Centre should be a live thing; we invite people there, we invite guests there. I'm sure that people would be happy to fly to Australia but it's just too remote to do that regularly," Shingarev said.

Company founder Eugene Kaspersky had a less definitive response, adding that an Australian centre had not been completely ruled out.

"If we see the opportunities in Australia and New Zealand and if we have a high demand from the Australian market we will do it. We are flexible," he told Computerworld.

The facilities form part of a wider effort from the anti-virus giant to fend off growing suspicion the company is in cahoots with the Russian state and uses its software to spy on users.

In 2017, the US banned Kaspersky Lab anti-virus software from being used by government agencies amid concerns it could be used to spy on officials or launch cyber attacks. The UK and Dutch governments have since followed suit. Prompted by the ban retailer Best Buy in the US pulled Kaspersky goods from its shelves. According to Kaspersky Lab's own February figures, sales bookings in the US in 2018 were down by 25 per cent.

Eugene Kaspersky has dismissed the bans as a symptom of "geopolitical turbulence" and "Cold War paranoia".

"A propaganda machine rose up and directed its dark arts in our direction," he wrote in a November blog post.

Nevertheless, he added, the centre's give customers the opportunity to "come and decide for yourself whether Kaspersky Lab is trustworthy".

The author travelled to the Security Analyst Summit as a guest of Kaspersky Lab.