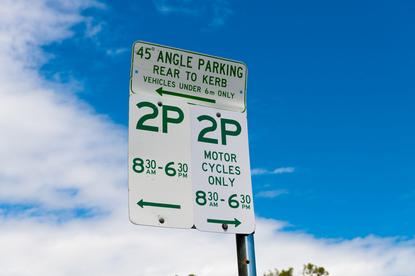 The council has bought one ‘SenFORCE’ unit from SenSen Networks, an all-in-one unit which fits to the roof rack of any car. Within the unit there are multiple cameras, a GPS antenna, light bar, a router and vision processing unit.

SenSen software reads signage from the cameras as the patrol vehicle is being driven around, and captures the numberplates of vehicles which are parked in restricted zones or have overstayed.

According to SenSen, the council’s parking inspectors will use the system in the city’s CBD area from early June.

In January the council raised parking fees by 20 cents an hour, and upped parking fines by 15 per cent. The move came in response to complaints from residents and business owners that parking spots were too difficult to find in the city centre.

“Revenue from parking fees and fines is reinvested into parking infrastructure and parking technology as well as covering the operating and maintenance costs of providing car parking,” the council said at the time.

“Council is, for instance, looking at technologies such as sensors, real-time signage and parking apps that will make it easier for people to find a car park in the CBD, including a trial of this technology in Sheridan Street,” it added.

A similar system – but with fixed cameras – is used for a number of purposes including parking enforcement, speeding enforcement, vehicle recognition and counting by Brisbane City Council, Roads and Maritime Services NSW, and the National Parks and Wildlife Service at Mount Kosciuszko.

SenSen Networks – which was founded by former UTS computer professor Subhash Challa and is listed on the ASX – launched a smartphone version of the solution called Gemineye in March.

Users “simply mount their smartphone on their motorbike or the dashboard of their vehicle, or in their hand while walking, and Gemineye’s AI-powered software will recognise vehicles parked and whether or not they are compliant to payment and permit restrictions” the company said.