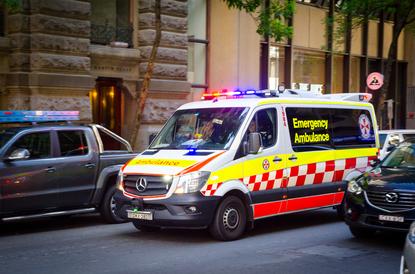 Australian addiction treatment and research centre Turning Point has been named as one of 20 organisations globally to take a share in US$25 million funding from Google’s charitable arm, Google.org.

The A$1.21 million will be used by the centre for a three-year project to establish a “world-first suicide surveillance system”, with Monash University and the Eastern Health Foundation.

Latest statistics from the Australian Bureau of Statistics show that 3128 people in Australia died by suicide in 2017, 262 more than the previous year. Suicide is the leading cause of death for Australians between 15 and 44 years of age and every year, 65,000 Australians make a suicide attempt.

“Suicide rates are, unfortunately, continuing to rise in Australia and across the world. This generous grant from Google gives us the opportunity to undertake a project that has huge potential to make a positive impact,” said the project’s lead Dan Lubman, a professor of addiction studies at Monash University and director of Turning Point.

More than 2600 organisations from 119 countries applied to Google.org’s open call for ideas on how AI could be used to help address societal challenges.

“Forty per cent of the applications came from organisations with no previous experience with artificial intelligence, which is still a developing concept in the social impact field,” said Mel Silva, country manager, Google Australia and New Zealand.

“Our job, as we thoroughly vetted the applications, was to choose the best projects based on feasibility, potential for impact, scalability and the responsible use of AI,” she added.

Successful applicants like Turning Point will receive coaching from Google’s AI experts, funding, and credits and consulting from Google Cloud. They will also be offered the opportunity to join a six-month ‘Google Developers Launchpad Accelerator’ program.

“At Google, we have seen how AI can help us accomplish daily tasks and travels, and we believe in its potential to help address some of the world’s biggest humanitarian challenges,” said Google.org president Jacquelline Fuller.

If you or someone you know is in crisis please call one of the following national helplines: