Bankwest works on getting more women into tech roles 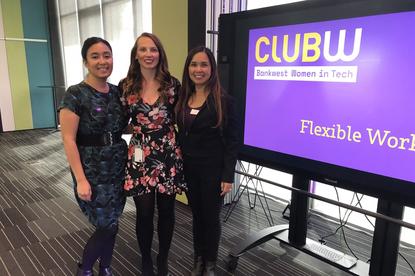 Bankwest is one of WA’s largest employers of IT professionals.

Research from consultants McKinsey & Company has confirmed that gender diversity is correlated with both profitability and value creation.

In early 2018 the firm released Delivering through Diversity. Companies in the top-quartile for gender diversity on their executive teams were 21 per cent more likely to have above-average profitability than companies in the fourth quartile, McKinsey concluded. Ethnic/cultural diversity has a significant impact on companies’ performance.

The 2018 edition (PDF) of the ACS Australia’s Digital Pulse report concluded that “the participation of women in ICT roles remains significantly lower than it is in professional occupations more broadly”.

“Furthermore, there continues to be a significant difference in the average earnings of male and female ICT workers in Australia, with an average pay gap of around 20% across all ICT occupations – similar to the gender pay gap reported in previous editions of Australia’s Digital Pulse,” the report said.

“About two-thirds of children around 10-years-old draw a man when asked to draw a scientist, and a quarter of 15-year-old girls don’t think studying maths will help them get a job,” Bankwest Club W chair Victoria Ricketts said.

“Then, at university level, the proportion of females enrolling in IT courses has dropped by almost 10 percent between 2001 and 2016.

“Where women once accounted for a quarter of those studying IT – already a low number – they now make up just 16 percent, highlighting the importance of initiatives such as Club W.”

“IT is a key stream of STEM and it’s where many of the jobs of the future and the higher-paying jobs reside. And we’re seeing fewer women than ever enter the field,” Weir said.

“But opening up the STEM pipeline for girls and women is a complex issue and is clearly not a challenge Bankwest can solve by itself.”

“If we want to ensure talented female leaders have an equal opportunity to become our tech leaders of tomorrow then the business community needs to work together,” Weir said.

“The work of initiatives of such as a Club W is very important piece in the puzzle for both Bankwest and Perth’s economy as a whole in terms of tackling this important issue.”