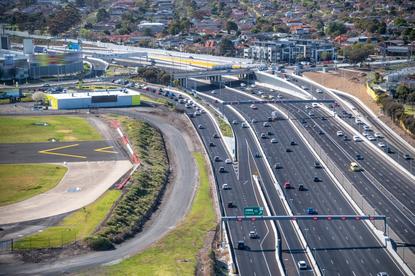 Victoria’s Department of Transport could potentially employ mobile device data to help it analyse use of the state’s transport system.

The department’s Transport Analysis and Assessment Branch last week launched an information-gathering process to help it understand “how data from mobile and connected devices could be utilised in transport planning”.

The department’s request for information (RFI) states it is “primarily interested in location data collected through mobile and connected devices including, but not limited to mobile phone network data, app location data, in-vehicle Bluetooth and GPS”.

“This data may be able to be used on its own or fused with other information to allow inferences to be drawn about travel and journeys in the transport system,” the document states.

A range of potential use cases are canvassed in the document including “Trip origin / destination matrices” covering mode of travel, purpose and time; end-to-end reliability from the perspective of public transport users; variations in travel time across the road and public transport network; key cycling and pedestrian routes; train station access modes; and interchange location and waiting times.

“It is expected that different data sources may be needed for different cases and that some questions may continue to be most effectively answered by, or supplemented with surveys,” the document says.

Mobile device data has been used to inform transport planning in a number of other jurisdictions. In some cases the data is gathered directly from telcos, while in others it is provided by a third-party.

The Los Angeles County Metropolitan Transportation Authority has been working with Cambridge Systematics to use mobile device data for its NextGen study into the LA bus system.

“Based on over 550 million daily location observations from about 4 million active users it is possible to monitor the movement of people in the Netherlands,” the paper states.

US company AirSage specialises in the use of wireless network signaling data that can be employed for a range of use cases, including transport planning. It says that it draws data from sources that include “smartphone SDKs, fleet and navigation systems”.

In Australia, Telstra offers a ‘Location Insight’ service that it says “uses aggregated and anonymised data insights” to help customers “address a range of planning challenges including infrastructure, transport and tourism”.

Last year a Macquarie University ‘Smart Transport’ research project received a $499,000 Commonwealth ‘Smart Cities and Suburbs’ grant for a project that will use “population mobility data derived from mobile phone towers as well as data on other variables such as education and energy, transport and land use” to develop a model that can help address congestion in the Sydney suburb of Macquarie Park. A similar project for the city of Launceston in Tasmania received a $1.58 million grant.