Use on crowds not confirmed 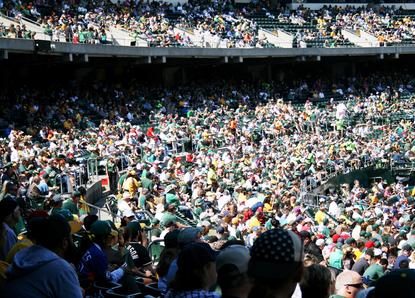 NEC facial recognition technology will be used to screen athletes, volunteers and staff at stadiums and facilities at next year’s Olympic and Paralympic Games in Tokyo.

The company would not confirm if similar technology will be applied to monitor crowds at the events, although NEC has provided such capabilities at other recent sporting contests.

Tokyo 2020 athletes and staff will be required to wear an ID card on a lanyard equipped with an integrated circuit chip that has their facial image registered within it. The facial images of every accredited person will be collected before the event and stored in a database.

To gain access to a secure area, the athlete scans their card at a kiosk fitted with a camera. If the wearers face matches with the facial image on the card, they are given entry.

“This latest technology will enable strict identification of accredited people compared with relying solely on the eyes of security staff, and also enables swift entry to venues which will be necessary in the intense heat of summer,” said Tokyo 2020 executive director of security Tsuyoshi Iwashita.

NEC said the technology would “drastically increase security levels” at the Games, and prevent the “spoofing, forgery and the use of lost or stolen accreditations”.

NEC’s government relations lead Walter Lee told Computerworld that the technology had potential to be integrated into a pair of glasses, worn by security personnel.

Lee added that NEC had the capability to do crowd counting and facial recognition on a larger scale, for example to identify persons of interest in a stadium stand.

In 2018, NEC facial recognition system and a behaviour detection system scanned surveillance camera feeds of crowds at the Gelora Bung Karno Stadium in Jakarta. The system was used to identify suspicious persons given by law enforcement, as well as “detect intrusions to restricted areas and suspicious objects” the company said.

“We can do tens of thousands in a nanosecond,” Lee said.

The company also has a partnership with Brazilian soccer team Clube Atletico Paranaense. At the Arena da Baixada 140 cameras monitor crowds, and facial recognition is used to help the club “better understand the needs of audience members based on characteristics that include age, gender and location”.

NEC emphasised that “spectators will not be screened by face recognition” with regards to gaining entry to stadiums and facilities.

Use of facial recognition technology at sporting events is increasingly commonplace in Australia.

Sydney Cricket Ground (SCG) has been scanning crowds since early last year, the stadium’s command centre linked to the NSW Police operations centre. In a 2017 trial the SCG said the technology had allowed police and security to intercept six banned spectators attempting to enter the ground.

Similar systems were used during the Gold Coast Commonwealth Games, an ABC report finding that the roll out of the “biggest mass surveillance operation known to have been used by police in Australia” lacked the data to operate effectively, and ended up being used for general policing.

Stadiums Queensland – which operates Lang Park, The Gabba and the Brisbane Entertainment Centre among others – has this week admitted to trialling facial recognition software on sports fans and concertgoers, and sharing data with police, without any warnings that the technology was in place.