Civil Aviation Safety Authority plans to ditch its Can I Fly There? app 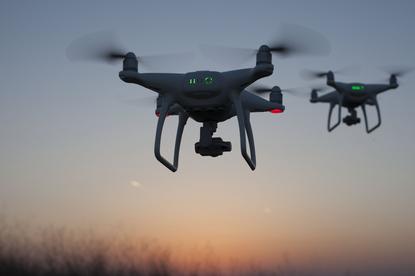 The Civil Aviation Safety Authority (CASA) is planning to retire its ‘Can I Fly There?’ drone safety app.

The app is available for iOS and Android devices, as well as through a website, and allows users to determine whether drone flights may be prohibited in a particular area. For example, drones must be kept at least 5.5 kilometres from a controlled aerodrome, and may only fly within 5.5km of a non-controlled aerodrome or helicopter landing site under certain circumstances.

The app enables an operator of a sub-2kg drone to drop a pin on an area to determine whether a flight may fall afoul of restricted airspace rules.

Although CASA is planning to dump Can I Fly There?, the agency plans to support third-party app developers that seek to integrate similar functionality.

CASA is currently working on an API that it expects to launch in coming months.

Using the new platform will require undertaking an approval process, according to CASA. The agency has indicated that apps will need to meet a number of standards, including displaying airspace and emergency data, including information on powerlines and national parks, and meeting certain technical requirements.

In a statement on the future of the existing app, CASA said that the new platform will “also help developers integrate with CASA’s future proposed drone registration system, allow licenced operators to submit flight authorisation requests, automate approvals to operate within 3 NM of a controlled aerodrome (where safe to do so), and will provide the building blocks for a future RPA [remotely piloted aircraft] traffic management system.”

CASA is currently working on a drone registration and accreditation scheme, which it plans to introduce this year. The proposed scheme will require the registration of drones that weight more than 250 grams and operated recreationally as well as all drones operated commercially regardless of how much they weigh.

Earlier this year, Wing – a subsidiary of Google’s parent company Alphabet – made its first air delivery in Canberra after receiving CASA approval. Wing has been testing a drone-based delivery service in Australia since 2014.

The Australian Federal Police is currently seeking the right to operate drone-jamming technology on an ongoing basis, after last year receiving temporary authorisation to use the technology during the Invictus Games.