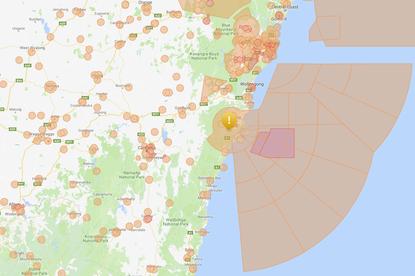 CASA last month revealed that it will soon retire its ‘Can I Fly There?’ app, which offered guidance on safe flying areas for drone operators. Instead of maintaining the app, CASA said it would launch a “digital platform” allowing third-party developers to integrate safety information into their own apps.

CASA in June said that the new API would “also help developers integrate with CASA’s future proposed drone registration system, allow licenced operators to submit flight authorisation requests, automate approvals to operate within 3 NM of a controlled aerodrome (where safe to do so), and will provide the building blocks for a future RPA [remotely piloted aircraft] traffic management system.”

(The aviation safety regulator is still working on its drone registration system.)

The app from Wing is available for Android and iOS devices, and there is also a web version available.

“Wing hopes to be one of many CASA-approved providers of applications to help drone operators, both commercial and recreational, identify where they can safely and lawfully fly,” Wing product manager Reinaldo Negron wrote in a blog entry published last month.

“To advance the development of an ecosystem of CASA-approved apps and services in Australia, Wing is also developing tools for CASA to communicate with drone flyers during major events such as sporting matches, concerts and emergency response incidents,” Negron wrote.

“Over time, a CASA-approved ecosystem of apps and services will enhance drone operator choice, public safety, and spur further innovation in the drone industry. By enabling this ecosystem, CASA and the Australian Government provide a compelling example to other countries seeking to safely integrate drones into their national aviation system, and we’re excited to help support the future of Australian drone flight with them.”

“The development of our platform aligns with the broader whole-of-government approach to ‘open data’ in order to improve services to the community,” a statement from CASA said. “It is also another first step in helping us to integrate drones into Australian airspace safely and efficiently.”

Earlier this year, Wing made its first aerial drone based delivery in Canberra, after obtaining CASA support for a trial of the service.