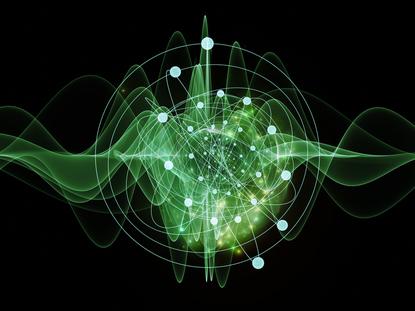 The deal is believed to be the first acquisition within the burgeoning quantum computing ecosystem.

“Our mission is to deliver the power of quantum computing to our customers and help them solve difficult and valuable problems. We believe we have the leading hardware platform, and QxBranch is the leader at the application layer,” said Rigetti Computing founder Chad Rigetti in an announcement today.

“Together we can shorten the timeline to quantum advantage and open up new opportunities for our customers,” he added.

Rigetti – founded in 2013 by the former IBM quantum researcher – fabricates superconducting quantum circuits at a facility in California. In August it shared its intention to build and deploy a 128-qubit system.

More recently it has been pursuing a “full-stack strategy” seeking to deliver quantum algorithms, solutions, and services. An in-house research team is focused on quantum simulation, optimisation, and machine learning.

In September last year, Rigetti launched Quantum Cloud Services, which integrated its quantum processors with classical computing infrastructure. It was made available to select startups, including QxBranch, to develop and distribute quantum applications.

QxBranch’s 20 staff – spread across offices in Washington DC, Adelaide and London – will focus on building software development tools and applications and will work with customers to implement specialised quantum algorithms, Rigetti said.

The acquisition gives Rigetti a global presence and boosts its client facing capability. QxBranch previously worked with Commonwealth Bank of Australia to develop a quantum computer simulator, and has partnered with UBS, IBM and Microsoft.

“Over the past five years, QxBranch has established itself as a leader in the identification and development of applications for quantum computing technologies,” said Dr Ray Johnson, current board chair at QxBranch, and former CTO of Lockheed Martin.

“Joining Rigetti's team of talented engineers and scientists will reinforce and accelerate our efforts to create solutions for complex business problems that will leverage ongoing quantum computing developments,” Johnson, who will join Rigetti’s board as an independent director, added.

The deal was an all-equity transaction. QxBranch’s interest in cyber insurance firm Envelop Risk Analytics was not included.

“QxBranch is thrilled to join our colleagues at Rigetti and accelerate our work together. We have worked hard over the past five years to introduce our data analytics customers to the emerging potential of quantum computing and now we can offer even more with a combined hardware and software solution,” Brett said.