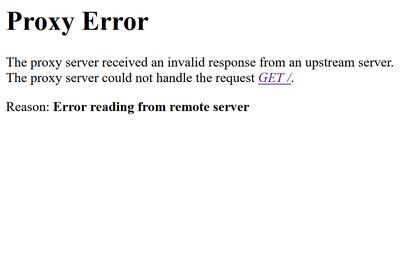 Update July 13: “ATO online services and client portals are now fully available. We apologise for the inconvenience caused by the earlier issues,” an ATO spokesperson said.

“The issue did not impact the processing of already lodged returns in any way. The ATO has already processed more than 1 million returns and 500,000 refunds worth $1.2 billion were paid into accounts on Friday.”

"We're continuing to monitor the performance of our services closely, and in the past hour have seen signs of significant improvement," a spokesperson for the department said. “Our staff are working hard to get all services restored to full capacity as quickly as possible.”

“We’re sorry for any inconvenience this outage has caused for customers and have put in place measures to ensure they are not disadvantaged by this. This includes extending the deadline for reporting employment income until 7:30pm EST.”

“If people don’t have urgent business, we encourage them to wait until services are fully restored to complete this. This will allow those with urgent business to access the services they need,” the spokesperson said.

“While our current priority is on getting services up and running as soon as possible, we're committed to carrying out a thorough investigation into how the outage occurred.”

The myGov portal operated by the Department of Human Services has suffered a major outage.

“Some services, including myGov, are currently unavailable or experiencing slowness,” a spokesperson for government services minister Stuart Robert said.

“The department is working on the issue and apologises for the inconvenience.”

Individuals are required to use myGov to lodge tax returns online.

A number of Australian Taxation Office systems are also suffering from problems.

“The ATO is experiencing a number of system issues that are affecting some services,” the ATO said n a message to tax professionals.

“Online services for agents, the portals, AUSkey and Access Manager are not available. The practitioner lodgment service and SBR1 are partially affected and you may experience occasional slowness or lack of availability.

“Some of our client facing services including our portals and online services via myGov are currently experiencing intermittent slowness or are unavailable,” an ATO spokesperson told Computerworld.

“This morning we experienced a technical issue with a communications switch.  We are working to restore services as quickly as possible.”

The spokesperson said that the problem is not related to a major outage yesterday of Telstra enterprise services. The spokesperson also said that it was not the result of increased volumes of users as people seek to lodge tax returns.

“It will not have any impact on people who have already lodged their returns,” the spokespersons said. “We have already processed over 1 million returns and 390,000 refunds with a value of $882 million have already been paid into accounts this morning.

“We’re working on the issue and will advise through social media and our other online channels as updates become available,” the spokesperson added.

Last year the agency announced it planned to change how it bought technology, opting for small, targeted bundles rather than mega-contracts. ATO CIO Ramez Katf said in December that the agency's work to "improve system performance and reliability" was "on the right track". Yesterday major banks and retailers were affected by a significant Telstra outage, with EFTPOS terminals and many ATMs rendered unusable until early this morning.