The sharper edge of computing, powered by micro-modular data centres and 5G networks

Coupled with edge computing, 5G has the potential to deliver the massive speeds demanded by complex IoT applications 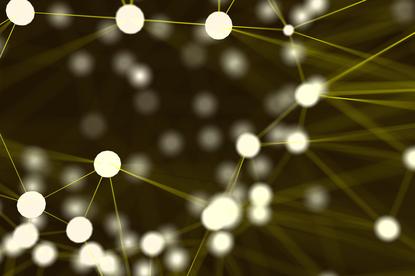 Right now, the answer is ‘probably not’. But with the introduction of 5G cellular connectivity in Australia and beyond, and the emergence of specialised data centres at the edge, new possibilities are emerging in how data can be turned into the information advantage. And enable the answer to that question into a ‘yes’.

With the growing prevalence of bandwidth-hungry applications and technologies, like the Internet of Things, artificial intelligence in its many forms, and simple reliance on connectivity for everyone, it becomes clear why a sharper focus on the edge is inevitable.

As devices perform actions at the endpoint, signals travel over the network to the data centre, where processing happens, with the results sent back to where required. The problem rapidly arising is directly linked to the explosion of data generated by all the devices.

We are not just talking about the smartphones and tablets the seven billion people on the planet own that constantly generate data. It’s also vehicle telemetry, signals from environmental monitoring devices, businesses with hundreds or thousands of workers, gadgets and IoT sensors of every conceivable kind.

Now, people and devices are one thing. The quantity of data they generate is quite another. It’s almost as if we’re running out of suitably impactful measures of just how much data we’re talking about. By 2025, it will be an estimated 175 zettabytes.

What all those devices and data mean, in the simplest of terms which lays bare the implications for cloud computing, is that the pipes are just not big enough to transport it from the point of origin, to a data centre, and back again. As Cole Crawford, CEO of Texas-headquartered solutions provider Vapor IO puts it, “There simply is not enough fibre in the ground.”

If there isn’t enough fibre in the ground in Texas, then the challenge for Australia looms large. With internet speeds substantially below those of other leading OECD nations, according to Speedtest, the probability of an ‘edge traffic jam’ is obvious. Some businesses are probably facing with the issue already.

But the same Speedtest numbers which paint a woeful picture of fixed line connectivity also offer the glimmer of a solution in the form of 5G.  For while the fastest NBN speed available to most Australians is 100Mbps, 5G could theoretically reach up to 10 Gigabits per second – 100 times faster. Indeed, the emergence of 5G is expected, by Deloitte’s estimate, to add up to A$50-billion to the national economy by 2030 once it gets beyond its coverage limitations.

Coupled with edge computing which brings immediacy to data processing, 5G has the potential to deliver the massive speeds demanded by complex applications powered by ubiquitous sensors. Providing ‘backhaul fibre’ speeds in the last mile; completely leapfrogging the NBN and delivering the connectivity Australians are crying out for in every aspect of our work and domestic lives.

Your business might be experiencing this problem already, with latency creeping into applications which depend on rapid responses. If that’s the case, answers are available from the edge.

With computing, speed counts (and the edge delivers)

This brings us to another fundamental. Data is not the same thing as information. In fact, those 175 zettabytes of raw data are in some ways akin to bare land: it’s not an asset until you do something with it. With advanced applications like AI, speed absolutely counts. Timing is everything – you only need imagine a navigational decision by a self-driving car to appreciate this fact. Or consider how deteriorating performance from a key application can impact profitability.

And that’s why a new concept in data centres is emerging, providing organisations with the ability to put the processing where it’s needed.

Where many cloud data centres are centralised ‘hyperscale’ facilities, the edge is powered by micro-modular data centres.

This is what they look like: a small self-contained ‘block’ of data processing compute and storage capabilities co-located with existing infrastructure. Cellular towers, for example, are ideal locations not only because they typically can accommodate a micro-modular data centre, but also because they are the literal ‘infrastructure edge’ and therefore the very definition of the ‘last mile’ in connectivity.

Imagine, every time there is a ‘hop’ from one network to another (and there might be hundreds of hops between you and a hyperscale data centre), delays occur. This round trip creates latency.

But not when the computing is right there at the edge.

The selection of appropriate micro-modular equipment warrants a word. Unlike the hyperscale data centres, these devices must go where no data centre has gone before. The outback. Mid-summer Brisbane, cold places in Tasmania. That means suitable design, including low/no touch maintenance, dynamic provisioning (to cope with potentially unpredictable flows of data), and the necessary computing power and data storage hardware for high performance that avoids latency. And of course, impenetrable security.

The edge in context

It’s never wise to predict the demise of anything in the technology space, as many production mainframes attest and the hyperscale data centre isn’t going anywhere. However, it is increasingly being complemented by edge micro-modular data centres and the processing these facilities put into the field.

As has always been the case for enterprise storage, the information generated by the edge devices and data centres will be tiered. It starts at the edge and will eventually offload to the ‘mother ship’ of the hyperscale data centre, where as its value decays it will be stored on assets of the appropriate performance and cost.