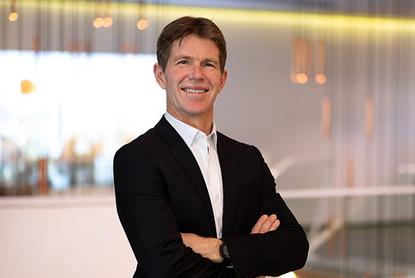 “The last 18 months has seen a significant increase in the application of machine learning in both the design, building and operation of infrastructure,” the company’s chief digital officer, Dr Andrew Maher, said in a statement.

“Demand for data strategy, analytics and decision support applications is drawing clients to this rapidly growing domain and we are beginning to see our clients ask for these skills in traditional projects as well as new areas.”

“Advances in technology along with increases in data generation present new opportunities to make sense of complex systems,” Maher said. “The use of data to plan and build infrastructure, then operate, maintain and monitor it with unsurpassed quality of information is opening many doors.”

At Telstra, Louw was director, strategy, planning and business development, then in 2011 he helped establish the telco’s VC arm. After leaving the company in 2013 he led his own consultancy and later co-founded WhoKNowsAbout, which describes itself as the “world’s largest management consulting marketplace.”

“A great deal of progress has been achieved with advanced analytics in the consumer space, yet there are plenty of untapped opportunities to apply similar techniques in engineering, construction, infrastructure, and built environments,” Louw said.

“These evolving technologies will help us extract insights to better understand engineering data from assets such as transport infrastructure, utilities and production facilities. For example, advanced data analytics can be used to better understand how to extend the life of assets, design busy urban precincts, predict airport delays and identify unsafe activity on work sites.”

That investment followed an April announcement by Aurecon that it would acquire data analytics firm Quartile One.

“Aurecon believes there is enormous potential for organisations with complex assets to improve their performance through better management of the life cycle of their assets by using advanced analytics and Aurecon’s traditional engineering advisory strengths,” Aurecon managing director, advisory, Brad McBean, said in a statement released at the time.

“With the growing digitisation of infrastructure, organisations in the energy, water and telecoms sectors, in particular, could benefit greatly from Quartile One’s data analytics methodologies.”