10 things you need to know about MU-MIMO Wi-Fi

It’s a big breakthrough in wireless connectivity, but don’t let MU-MIMO’s limitations catch you off guard. Here are 10 ways to get up to speed on MU-MIMO Wi-Fi. 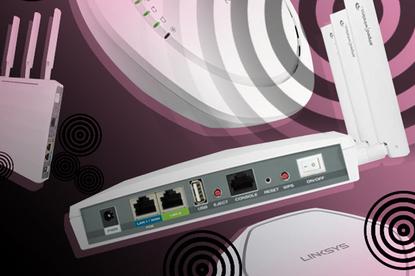 If you aren’t familiar, MIMO stands for multiple input multiple output. The technology has evolved over the years since the debut of the single-user mode (SU-MIMO), which was introduced a decade ago with the 802.11n wireless standard.

The 802.11ac (Wi-Fi 5) standard introduced optional MU-MIMO in Wave 2 products. Now with the 802.11ax (Wi-Fi 6) standard, we see even more improvements to MU-MIMO. As 802.11ax wireless routers and access points (AP) hit the market, anyone who supports a Wi-Fi network will need to get educated about MU-MIMO. Read on for 10 facts that will help get you up to speed.

1. Depending on the Wi-Fi standard, MU-MIMO can be one-way or two-way

It's important to remember that, unlike SU-MIMO, MU-MIMO with 11ac works only with downlink wireless connections. Only wireless routers and APs are able to simultaneously send data to multiple users, whether it's one or more streams of data to each. The wireless devices themselves (such as smartphones, tablets or laptops) still must take turns sending data to the wireless router or AP, although they can individually utilize SU-MIMO to send multiple streams when it's their turn.

When Wave 2 of 11ax comes, wireless devices (such as smartphones, tablets or laptops) will also be able to take part in the simultaneous streams when it comes to sending. In addition to multiple wireless devices being able to get data from a wireless router or AP, they will also be able to send data back at the same time. This includes devices sending back acknowledgements via MU-MIMO, which seems like a small feat but can really help speed up the communication process.

Orthogonal Frequency-Division Multiple Access (OFDMA) technology, like that used by LTE networks, is a part of 11ax. It basically divides the channels into smaller segments and allows multiple devices to talk simultaneously, each in their own channel segment, technically called a resource unit (RU). Though it doesn’t directly increase data rates, it allows devices to better and faster coordinate when they can talk, overall making more efficient use of the channels.

Though OFDMA and MU-MIMO are both technologies that allow multiple devices to simultaneously transmit, they are very different. OFDMA can help in high density environments with low throughput or small-packets applications, like IoT sensors, while MU-MIMO can aid in high throughput applications.

The 11ac standard only allowed up to four clients in a MU-MIMO group, so an AP or wireless router was limited to simultaneously sending to four devices at a time. With 11ax, up to eight clients can now be in a group. This capability should help speed up connections and increase throughput.

Back with 11n and 11ac, SU-MIMO worked in both the 2.4GHz and 5GHz bands, but MU-MIMO with 11ac was only supported in the 5GHz band. However, with 11ax applying to both bands, we’ll have MU-MIMO (and OFDMA) in both bands as well. This is one of the biggest improvements to the congested 2.4GHz band we’ve seen in many years. Remember, this band can only support up to three non-overlapping channels at a time, and that’s using the small legacy channel-widths. MU-MIMO with 11ax could help save this lower band by speeding it up and making it more usable in dense environments.

MU-MIMO uses what's known as beamforming, a separate feature of 11ac and 11ax that directs signals toward the intended wireless device(s) instead of randomly in all directions. Since the signal is more efficiently used, the technology helps increase Wi-Fi ranges and speeds.

Although beamforming was optionally available with 11n, most vendors implemented only proprietary versions of it. Having a standardized version helps beamforming and MU-MIMO in 11ac or 11ax products.

More antennas would allow a device to support more simultaneous data streams (typically one stream per antenna), which would be good for the device's Wi-Fi performance. However, including multiple antennas in a device requires more power and space, and adds to its cost. It would take eight antennas to take full advantage of the 11ax features.

Although legacy 11n and 11ac Wi-Fi devices won’t directly see any range or performance improvement of their connections to 11ax APs or wireless routers, they can see an indirect benefit. Remember, Wi-Fi is all about airtime: the faster any device is served, the more time there is for other devices. If newer technologies like MU-MIMO and OFDMA can help serve supported devices quicker, there's more airtime for other devices, including legacy ones.

When you increase Wi-Fi speeds, you also increase the network's capacity. As devices are served more quickly, there's more airtime to serve even more devices. Thus, MU-MIMO can help alleviate congestion on busy or dense networks, such as Wi-Fi hotspots.

9. Any channel width is supported

One way to increase throughput on a Wi-Fi channel is through channel bonding, which combines two adjacent channels to create a single channel that's twice as wide, effectively doubling the Wi-Fi speed. The 11n standard supported 40MHz-wide channels, and the first wave of 802.11ac added support for 80MHz-wide channels. The second wave of 11ac introduced channel-widths as large as 160MHz, which remains for 11ax.

Thus, even if your network uses narrower 20MHz- or 40MHz-wide channels, MU-MIMO can help it run faster by serving some clients simultaneously. How much faster depends on how many supported devices are on the network and how many streams each supports. But using MU-MIMO even without implementing wide channels could more than double the downlink throughput of each device.

An interesting side effect of MU-MIMO is that the router or AP scrambles data before sending it via the airwaves, and only the intended receiving device can unscramble it. Although tools might be developed that allow others to process the traffic, for now, MU-MIMO does mask the data from nearby eavesdroppers. In that way, the technology helps boosts Wi-Fi security, especially on open networks such as hotspots or those secured only with the personal, or pre-shared key, mode of WPA or WPA2.

With 11ac this side effect and data scrambling was only realized on the downlink connections as that was the only direction supported by MU-MIMO, but now the uplink connections with 11ax can benefit as well.

Eric Geier is a freelance tech writer. Keep up with his writings on Facebook or Twitter. He’s also the founder of NoWiresSecurity, providing a cloud-based Wi-Fi security service, and Wi-Fi Surveyors, providing RF site surveying.