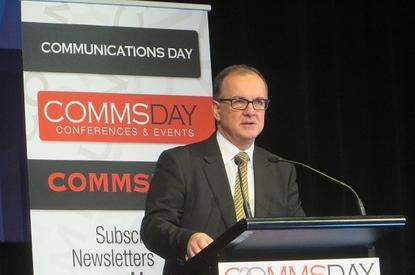 Switkowski — a former Telstra CEO — in October 2013 was first tapped to lead the government-owned company’s board by then communications minister Malcolm Turnbull. Switkowski's appointment followed a clear-out of the board following the Coalition’s 2013 election victory.

The NBN Co chair acted as the company’s CEO until the recruitment of Bill Morrow (in September last year Stephen Rue stepped into the chief executive role following Morrow’s departure).

In September 2016 the government gave Switkowski another three-year term as chair. Earlier that year Switkowski was at the centre of controversy over his decision to pen an op-ed during an election campaign, which was criticised as a breach of the caretaker conventions.

“Dr Switkowski is one of Australia’s most distinguished telecommunications executives and has done an outstanding job as Chair of the NBN Co Board since his appointment in 2013,” a statement issued today by Cormann and Fletcher said.

“Dr Switkowski, along with Stephen Rue (and before him Bill Morrow) and the NBN Co executive team, has been instrumental in transforming NBN Co over the last six years and achieving a remarkable rate of growth in the rollout.”