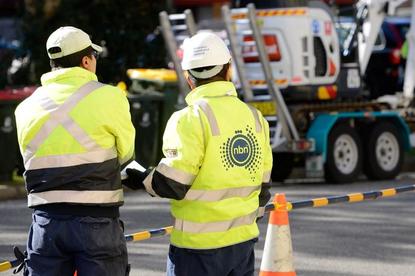 The NBN Co will be subjected to bigger financial hits if new proposals tabled by Australia’s consumer watchdog are enforced.

Retail service providers (RSPs) whose customers are affected by poor NBN service, delayed connections and fault repairs will gain bigger and more rebates under a new structure from the Australian Competition and Consumer Commission (ACCC).

Under the draft proposal, missed NBN Co technician appointment rebates will increase from $25 to $75 each time, with delays to connections and fault repairs incurring a payment to RSPs on a daily basis, rather than as a one-off payment.

The ACCC first launched an inquiry in November 2017 in order to improve NBN services being sold by RSPs after seeing high numbers of complaints from consumers about poor customer experience, particularly in connection delivery and repairing faults.

The draft proposal aims to set a “baseline” level of service that NBN Co’s customers can expect. Following this, the  NBN Co offered to do its own court-enforceable undertaking that will see it implement measures into its wholesale agreements.

Since launching two years ago, the report noted there was an “apparent gap” between the obligations on RSPs and NBN Co’s commitments under its wholesale terms.

Although the report acknowledged obligations on RSPs had “progressively tightened”, a “meaningful recourse” should be available for end-users facing issues stemming from NBN’s wholesale provision.

“Improvements to service commitments and rebates will allow RSPs to better plan for, and ameliorate, poor end-user experience caused at the wholesale level. In particular, we consider that service level rebates should support RSPs to deliver services,” the report said.

However, the ACCC was unsupportive of a measure proposed by the NBN Co to ensure RSPs pay end-users a share of their rebates across all issues, known as a ‘pass-through’ requirement.

Although the ACCC said it would apply the pass-through for missed appointments, across the board it claimed such a measure would “introduce unintended effects on the retail market”, including limiting the ability of RSPs to offer “differentiated remedies” to customers.

The ACCC did not state if or how these remedies would be enforced, but noted that the "retail market is likely to be subject to direct regulation if RSPs fail" in this respect.

It also noted: “If rebates are withheld by NBN Co because an RSP did not comply with the pass-through requirement, NBN Co’s incentives to meet service levels may be diluted.”

In a statement to ARN, the NBN Co it too was "concerned" about the "unintended consequences" if RSP rebates are not passed to customers.

A spokesman added: "NBN Co has every incentive to improve service levels for customers. It’s in our best interest for customers to join the network as early as possible, stay connected, and ultimately take up higher value services over time."

Meanwhile,  ACCC Chair Rod Sims concluded that more action was needed from both the NBN Co and RSPs as the NBN roll-out enters its final stages.

“We have heard long-standing concerns from consumers about how frustrating, inconvenient and costly these issues can be,” he said.

“It’s unusual for a monopoly telecommunications network operator of NBN Co’s scale not to be subject to regulated service standards."