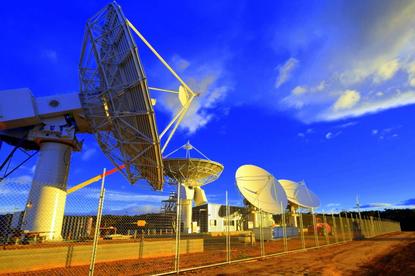 NBN Co has released details of ‘Virtual ISP’ (VISP) and Internet of Things (IoT) services for businesses that use the network operator’s Sky Muster satellites.

The company is also gearing up to launch a satellite-based Access Bandwidth Service (ABS) as part of its new portfolio of business-focussed satellite services.

NBN Co’s satellite-based IoT offering will have wholesale bandwidth starting from as little as 10/10Kbps per service. Wholesale peak information rates (PIR) and committed information rates (CIR) of up to 2/2Mbps will be available. NBN Co has touted redundancy as a feature, with each NBN gateway having links to two Internet-connected Points of Interconnect (POIs).

The VISP service is designed for businesses outside of NBN Co’s fixed-line footprint that need high speeds and large download quotas. The VISP service will allow telcos to pool the data quotas of a business spread across multiple premises.

Services will have data quotas of up to 1000GB a month, with no throttling if the quota is exceeded. Instead, a customer will be for charged for additional data in 100GB increments.

The service is touted as being useful for access to cloud-based business applications, ecommerce services, voice communications, and ‘crew welfare’ such as employee entertainment at remote worksites.

In addition, according to NBN Co a disaster recovery service based on the 13/13Mbps tier will launch in early 2020. The service will have a ‘stand-by’ mode with wholesale bandwidth available when a service provider flicks the switch.

The ABS, which will launch in early 2020, is designed for business and government customers that require high-performance connectivity, high reliability, and the flexibility offered by wholesale bandwidth on demand.

NBN Co will offer the ability to provision additional capacity in order to increase wholesale connection speed up to a PIR of 10, 20, or 50Mbps. The service will also offer a CIR of up to 50/13Mbps.

All the Business Satellite Service (BSS) offerings come with a standard ‘bronze’ service assurance level, but higher service levels are also available. In March, the Sky Muster service suffered a major outage due to a problem with a software update rolled out by NBN Co.

Industry publication CommsDay reported earlier this month that NBN Co was on-boarding customers as part of the pilot of its BSS offerings.

In February 2018, NBN Co signed a 10-year contract with Speedcast to deliver enterprise-grade satellite services. The company had originally expected to launch the BSS in the first half of 2019, with NBN Co revealing that according to its analysis the services would consume less than 15 per cent of the capacity delivered by the two Sky Muster satellites.

In August this year, NBN Co launched its new Sky Muster Plus consumer product, which supports busting and offers households access to a range of quota-free Internet services. Sky Muster Plus and the new BSS offerings are delivered as Layer 3 services; previously NBN Co had only operated a Layer 2 satellite service.