What is driving IT spending in finance across Australia?

Banking and securities expenditure to reach $18.5 billion in 2020 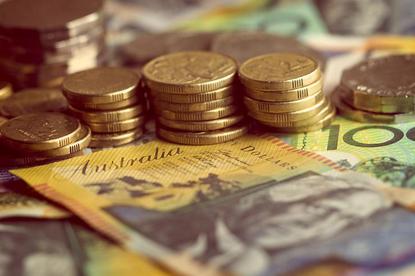 Investments in modern business intelligence (BI), augmented analytics and robotic process automation (RPA) will help drive IT spending in the banking and securities sector, according to Gartner. The research firm said that the introduction of open banking in Australia is also driving new technology investments.

Gartner predicts spending on IT in finance will reach $18.5 billion in 2020 or a 5.2 per cent increase from $17.6 billion last year at a slower growth rate of one per cent.

Gartner's managing vice president Peter Delano told attendees during this year's Gartner IT Symposium at the Gold Coast that organisations are going to find it hard to have all processes across their organisations driven by machines.

"You are going to need that personal touch. Whether you're a private bank in the upper left with or a community bank in the lower left, you still have people there, the idea of augmented intelligence actually provides the decision support that those people need. So I would argue that artificial intelligence is an aspect of your job that's going to apply to a variety of scenarios, regardless of the business model that you embarked on,” Delano said.

The adoption of modern BI within the banking and securities sector in Australia will outpace the adoption within other industries by 2023. Augmented analytics will increasingly leverage machine learning (ML) and drive new use cases in the market, Gartner said. Customer analytics is also a key focus for the banking and securities vertical, including visualisation tools that enable the bank to be relevant to individual and community needs.

The banking and securities sector is also set to lead the charge in deploying RPA. Gartner predicts that most large banks will adopt RPA in some form by 2023 and even the most conservative banks are expected to begin experimenting with the technology in the next four years.

“Adoption of RPA will increase as awareness grows among business users,” Gartner research director Neha Gupta said. “We expect almost all new RPA customers will be business buyers that are outside the IT organisation. Major growth will come from expansion across silos, often coordinated by or with IT.”

Other industries reaching the same $18.5 billion spending in IT in 2020 includes communications, media and services (2.6 per cent growth) and manufacturing and natural resources (five per cent growth).

Samira Sarraf attended Gartner IT Symposium as a guest of Gartner.