Facebook planned for regulatory pushback and competition from other crypto wallets, which is what has emerged. 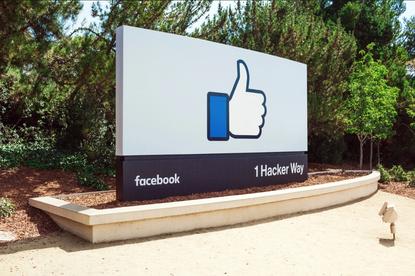 The co-creator of Facebook's Libra says that once the blockchain-based digital currency is launched users' social media information – and financial data tied to the stablecoin – will not be connected in any way.

Christian Catalini, the head economist at Calibra, the Facebook subsidiary in charge of the launch of Libra and its associated online digital wallet, said that from the beginning the plan for the cash-backed cryptocurrency was to profit from advertising and not the sale of private data.

"There will be measures in place, from encryption to access control, to ensure that [data] doesn't get linked," Catalini said during an interview for MIT's Sloan School of Management. "From a Facebook perspective, I think the idea is to not use the data – to show more ads, to sell more ads. The Calibra wallet will have new features and we'll build on those. And, that will be a new business model for the company, too."

Blockchain will enable Libra cryptocurrency to be transferred without the need of a typical financial services clearance and settlement process, which can take days and require additional fees from central banks and other settlement organizations. Thus, Libra in theory would be faster and cheaper than traditional financial systems, Catalini said.

The underlying blockchain network will be able to handle thousands of financial transactions per second; data about those transactions will be kept separate from data about the social network, according to David Marcus, the former president of PayPal. He is now leading Facebook's new digital wallet division, Calibra.

Facebook also does not plan to force Libra coin holders to use its Calibra digital wallet; instead, it will allow competing wallets to store the cryptocurrecy, meaning data privacy will be another metric on which Calibra will compete to win users.

Michael Cusumano, a professor of Management at MIT Sloan and co-author of The Business of Platforms: Strategy in the Age of Digital Competition, Innovation, and Power, a book on digital platforms and competition, had argued in an earlier interview with MIT Sloan that Facebook cannot guarantee user data would remain private.

"So, far, almost no data on the internet has been really secure. No matter what Facebook says, I don't think they can really promise us that," Cusumano said.

Catalini, who was interviewed as part of MIT's Sloan Expert Series, also addressed the regulatory pressure purportedly that resulted last month in more than a half dozen members of the Libra Association bailing.

Catalini, an MIT professor on leave who has performed extensive research into blockchain and bitcoin and who founded the MIT Cryptoeconomics Lab, acknowledged the pressure placed on Libra Association members. But, he said, "there's a lot of upside in succeeding and... once the regulatory uncertainty is resolved, you'll see a lot more members coming and building" on the Libra platform.

In September, French and German regulators threatened to block Libra amid fears it could threaten the Euro's value and unlawfully privatize money. Last year, the Reserve Bank of India (RBI), the country's central bank, announced a ban on the use of cryptocurrencies by any regulated financial entity because of risks.

U.S. lawmakers, including members of the House Committee on Financial Services, have also voiced concerns that Libra could enable money-laundering or other nefarious activities. Shortly after Libra was announced in June, the committee wrote Facebook CEO Mark Zuckerberg asking that he "cease implementation plans until regulators and Congress have an opportunity to examine" any issues and take action.

Last month, during testimony before the Financial Services Committee, Zuckerberg vowed not to launch Libra until it had approval from U.S. regulators. Libra was originally scheduled to launch in 2020.

The probability of regulatory pushback was a calculated, "extended phase" of the development and rollout of Libra where executives, Catalini said, planned to work with regulators, policy makers, non-government organizations and other ecosystem participants "who'll have a major role in defining the success of Libra.

"That's what we're in," Catalini said. "It's been a phase where you've heard a number of criticisms coming from different voices. We've absorbed all of that and we're iterating on the design."

There is a financial gap not only in developing nations but in the U.S. where Libra could play a role in cross-border financial transactions, Cusumano said. The government, however, would have to make regulatory allowances for Libra, as it represents the sale of an asset that would need to be reported to the Internal Revenue Service - something that would "dampen" adoption.

"In China, the social media platform WeChat added WeChat Pay, and that's been extraordinarily successful and actually the Facebook Libra model is at least in part influenced by the success of WeChat Pay," Cusumano said. WeChat Pay, he said, is not an open platform enabling compatibility with other payment systems as Libra is expected to do.

Cusumano said Facebook's Libra launch was "bad timing," as the company is in the middle of an uproar about failures to secure user data and "fake news" issues – leaving "goodwill toward Facebook" at a low ebb.

"The government and a lot of users don't necessarily trust Facebook to have this kind of very detailed transactional data on what we're purchasing, what people are saving, or where they're spending their money," Cusumano said. "Facebook has to ensure or convince everyone that it will not be misusing that data or selling it to advertisers.

"If someone knows I've transferred money for a particular reason, advertisers would like to know that. So, it has to build in those protections," he added.

Facebook has pushed the narrative that Libra would give 1.7 billion people currently without access to banking services the opportunity to convert their local fiat currency into a digital coin and save it or use it for a myriad of purposes - from purchasing goods to B2B transactions.

Scott Onder, senior managing director of Social Ventures at humanitarian aid organization Mercy Corps, said an ongoing flaw in the world's current financial system is that it keeps many trapped in poverty because theylack basic financial tools most take for granted.

Libra, Onder said, does hold the potential to create a "more inclusive" financial system for those in third-world or developing countries who are "unbanked."

Asked about how safe Libra currency would be, both from network outages and cyber attacks, Catalini said the cryptocurrency network was built for "adversarial environments."

"At scale you could have a network with as many as 100 validators across the globe processing transactions. Just to give you a sense of how useful blockchain could be in this realm, in a traditional payment system, if you have outages, networks tend to go down. Libra will be a network where about one-third of the nodes of the validators could disappear for whatever reasons...and the network would still operate and provide payment functionality," Catalini said.

Libra will begin as a global medium of exchange for cross-border transactions, such as remittances – most often, foreign workers sending money back to families in their native countries.

The digital currency will be backed initially by the U.S. dollar, so a reserve of cash would have to match the number of tokens being sold.

The digital assets and their cash reserves will be managed, governed and controlled by central banks.

"Not only just random central banks, but central banks that have a history of low inflation, of high independence and really delivering on the mission of value preservation," Catalini said. "So, when you look at the mix, what's important from a user perspective is if you're using and trusting the network, you can know the value of Libra won't be subject to speculation. It's not an investment vehicle."