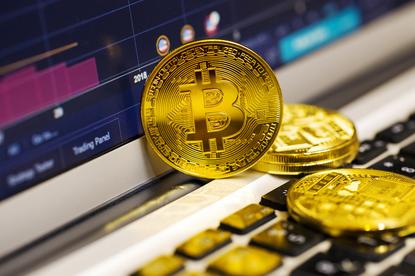 A cloud storage service first announced in 2015 that uses the decentralised, peer-to-peer architecture of blockchain to store encrypted data on the computers of users around the globe has unveiled its pricing model and production launch date.

Today, it announced its Beta 2 release and pricing, taking aim at Amazon's AWS S3 cloud service with what it says is a more cost-effective and resilient approach.

The Tardigrade storage service claims 99.97 per cent availability, and said its prices are less than half the starting prices of legacy cloud storage providers. For example, Amazon S3 list prices are currently US$23 per terabyte for static storage per month. Amazon S3 also claims uptimes that range from 95 per cent to 99 per cent.

"Across the three main providers, those prices average at $22 per terabyte for static storage and $99 per terabyte for bandwidth," Storj Labs said in a blog post. "Furthermore, the prices quoted by legacy providers often don't include features like encryption and multi-zone redundancy, which come standard with Tardigrade at no additional cost."

Users who rent out space on their hard drives earn "Storjcoin X" (SJCX), a form of currency that can be used to purchase capacity on Storj's "Driveshare" service. The users earn SJCXs by selling excess space with DriveShare, or use it to purchase space on the Storj Metadisk network via the company's file sharing app.

Storj is by no means alone. P2P compute services have grown over the past several years to include a half dozen options.

The Tardigrade service charges $10 per terabyte per month, or 1 cent per gigabyte, for static storage. Storing 1 terabyte for 30 days, two terabytes of data for 15 days or three terabytes for 10 days would each be the equivalent of 1 terabyte month.

The service charges $45 per terabyte, or 45 cents per gigabyte, of download bandwidth consumed. (Storj does not charge for upload bandwidth.)

"If you choose to take data out, then we charge below our costs to get that data out," said John Gleeson, Storj's vice president of Operations. "Unlike others, we don't want to charge if you want to take your data out."

Atlanta-based Storj Labs is using blockchain to manage a storage aggregator that rewards those who rent out unused storage on their computers with cryptocurrency or with free storage and network capacity.

The storage service uses what it calls "gates" or performance metrics to track its service level agreements. Those metrics include the total number of vetted storage nodes (currently about 3,000); the number of active Tardigrade users (about 400) and node churn, or the number of nodes that opt out and in of the P2P architecture over time (about 1.5 per cent per month).

The Tardigrade Cloud Service now operates with between 4.3 and 7 petabytes of storage capacity. At production launch in January, it plans to have 6PB available for developers and users.

The Tardigrade Cloud Service breaks up a file into 30 pieces that are stored across 80 drives from a pool of 3,000 distributed throughout any of 183 different countries or territories, Storj Labs' CEO Ben Golub said.

"This is blockchain at its best, frankly — peer-to-peer networks where underutilised servers are traded," Avivah Litan, a Gartner vice president of research, said in an earlier interview. "It's more or less Uber for computers on a blockchain, so by default the design eliminates the Uber-like central authority and operator and replaces it with smart contracts in a system where no one entity is in control."

The storage service works by first encrypting a file and then breaking that file up and spreading it across 80 or more user drives for redundancy. If one portion of a global network is slow or not maintaining the standard for downloads/uploads, the service automatically chooses different paths with higher bandwidth.

"This is where the power of being decentralised really matters. When we're trying to serve you a file you stored, we need to get 30 pieces to you, but we can get those 30 pieces from any of 80 or more drives that have those pieces on them," Golub said.

"If one of them is busy or some of them are on a slow network, it doesn't matter because we're able to take advantage of the fact that we're decentralised and can maintain really high availability and really high durability and performance."

For example, if more than a few thousand users want to view a file stored on the Tardigrade Cloud Service, it can be divided up into 200, 300 or more pieces using dynamic caching and dispersed in a wider global pattern; in the end, only 30 pieces are needed to reassemble the file for use.

"So, if what you want is to store with us this powerful video we can increase the dispersion [for more efficient access]," Golub said. "Initially, we make our best guess as to where to store files so they're sufficiently dispersed on nodes across different networks. Then we can apply algorithms on top of that based on usage patterns."

Developers can join a waitlist to try out the platform and use Tardigrade's Amazon S3 gateway to start using it with existing S3 compatible applications. The site has a native library with several popular bindings, including Go, Python, Swift, Android, .Net and Node.js. for those who want to take advantage of advanced features such as Macaroons.

Users can also upload files through Storj's IPFS gateway. Non-developers can still benefit by signing up on Storj's website and receiving an authorisation token to run a storage node. The node remains in a probationary status for the first 30 days as the company measures performance for uptime and response time.

Over the first nine months, Storj also holds back a portion of a node operator's earnings until they've been fully vetted to become a permanent part of the network.