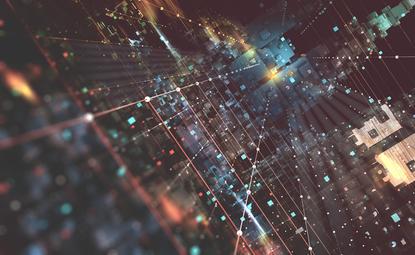 The Sydney Quantum Academy (SQA) had a soft launch at the Sydney Startup Hub earlier this month for its inaugural PhD scholarships, postdoctoral fellowships and visiting fellowships.

In March, the NSW government announced the support for an academy through $15.4 million in funding for it. This came a year after it invested $500,000 on the development of a proposal for the academy.

The academy aims to catalyse the development of a quantum economy. It is a collaboration of four NSW universities – University of Sydney, University of NSW, Macquarie University and the University of Technology Sydney – which will put in another $20 million to support SQA.

SQA is not set to officially launch until "later in 2020" and is still in negotiations with a "major property partner" for a headquarters location, a spokesperson said.

A spokesperson for the academy told Computerworld that "it will be in a central Sydney location, close to major transport links and accessible for all four universities".

The academy has been looking for a CEO, who will have a key role in establishing SQA, and other key staff members.

SQA will be governed by an executive board made up of senior executive representatives from the four universities plus four members of the quantum research community and the CEO, who will have day to day responsibility of running the organisation, the spokesperson said.

When plans for the Sydney Quantum Academy were announced in March 2018, NSW Premier Gladys Berejiklian said there is a "tremendous wealth" of expertise in quantum science and technology in the state.

NSW has a high concentration of quantum research centres. The University of Sydney is home to the $150 million Sydney Nanoscience Hub, which houses the Australian arm of Microsoft’s quantum research lab network.

UNSW is home to the Australian Research Council backed Centre for Quantum Computation and Communication Technology.

Private and public companies are also investing in quantum computing: On 12 November, ASX-listed oil and gas company Woodside revealed it was the first commercial organisation in Australia to join the IBM Q Network, which is focused on the development and use of quantum computing.

Woodside is interested in the depth that quantum computing can potentially add to plant simulations.

Researchers from Rigetti Computing and the Commonwealth Bank of Australia recently published details of their experiments using a quantum computer to optimise a portfolio rebalancing strategy.

Although the researchers relied on a simulator of a ‘gate’ model quantum computer for their experiments, Rigetti said the research will help with understanding the potential application of quantum computing by financial services firms.