IoT and blockchain may be a natural fit, but it will still take five to 10 years before kinks are worked out and the two technologies can reach their full potential, according to Gartner 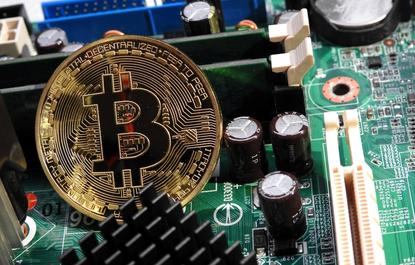 Three-quarters of companies implementing Internet of Things (IoT) have already adopted blockchain or plan to use it by the end of 2020, an indicator of the growing connection between the two, according to a survey of 500 U.S. companies by Gartner.

While the marriage between the two technologies has been expected to be crucial for  industry digital transformation, the adoption rate is happening at a “much faster pace than expected,” Gartner said.

“Among the blockchain adopters, 86 per cent are implementing the two technologies together in various projects,” Avivah Litan, a Gartner vice president and report author,  wrote in a blog. She called IoT integration "a sweet spot" for blockchain, the much-hyped distributed ledger technology.

Among survey respondents, 63 per cent indicated that the top benefit of their combined IoT/blockchain projects is increased security and trust in shared multi-party transactions and data.

Fifty-six per cent saw the top benefit as an increase in business efficiency and lower costs. Only 43 per cent expected higher revenues and increased business opportunities, and just 37 per cent cited improved constituent or participant experience.

Gartner surveyed C-Suite executives, as well as directors and senior level managers. Ninety-two percent of respondents worked within an IT organization and 62 per cent were CIOs or CTOs.

Blockchain acts as an automated communication layer between IoT sensors as well as a repository for the data they produce and upload. For example, IoT devices in shipping containers can track not only location but monitor temperature, vibration and whether a package has been tampered with.

Earlier this year, FedEx touted a proof of concept involving "sensor-based logistics," using two types of IoT sensors about the size of a stick of gum. One acts as a geo-sensor, the other automatically transmits data to a blockchain ledger.

Gartner is not alone in seeing a lot of activity related to IoT and blockchain. Last month, UK-based Juniper Research said in a report that the use of blockchain and IoT tracking technology will "revolutionise" the food industry, reducing food fraud by $131 billion in five years.

Currently, food-tracking systems rely on paper-based transactions to manually track goods throughout a supply chain, an inefficient system that allows records to be lost or unreconciled, according to Juniper analyst Morgane Kimmich.

Ironically, the marriage between sensors and blockchain is happening just as the distributed ledger technology (DLT) has sunk into the "Trough of Disillusionment" in the Gartner Hype Cycle; that's when interest in a technology wanes as pilots fail to deliver anticipated results.

Tech providers either work out the kinks and improve the technology, or it ultimately falls short and dies out.

Promising projects with IoT, however, will start pushing blockchain up the “Slope of Enlightenment,” according to Litan, where instances of how the technology can benefit the enterprise start to crystallise and become better understood.

“Blockchain networks have emerged as a promising innovation because of their ability to affirm the integrity of data shared among constituents in multiparty process collaboration,” Litan wrote.

“IoT has emerged as a method for bridging the gap between resources (or “things”) and their associated business processes. Integrating IoT and blockchain supports trusted multiparty processes that bridge physical world things to business process computing environments.”

The combination of IoT and enterprise blockchain technologies is still relatively new and faces a variety of technical and business challenges, Litan said.

The relative volatility of blockchain implementations involving protocol changes could be a challenge for long-lived IoT devices.

Some blockchain implementations struggle to scale to the transaction rates that can be generated by large numbers of connected things.

“In the long term, we expect the combination of IoT and blockchain to enable innovative devices and business models, but the necessary evolution in both blockchain and IoT will take five to 10 years to achieve maturity,” Litan said.

Through 2024, more than 80 per cent of implementers will have to upgrade their combined IoT and blockchain solutions at least once or twice to address technical challenges such as throughput, scalability, security and reliability, according to Gartner.

One area of promise is standardisation, enabling the exchange of data between ledgers regardless of the iteration. For example, FedEx has banded together with competitors DHL Express and UPS to hammer out blockchain standards that could be deployed industrywide.

All three shipping giants are part of the Blockchain in Transport Alliance (BiTA), an industry organization with more than 500 members.

FedEx CIO Rob Carter believes the same thing needs to happen for blockchain to achieve widespread enterprise adoption; when that happens, blockchain will eventually become a foundational technology across industries that will lead to new business models.

The government should help to promote a blockchain platform based on open-source software and industry standards which will ensure process transparency and that no one entity profits from the technology over others, Carter said at a conference earlier this year.

"I think we're in the state where we're duking it out for the dominant design," Carter said during a CIO panel discussion at the Blockchain Global Revolution Conference. "We're not an organisation that pushes for more regulatory control, but there are times regulatory mandates and pushes can be incredibly helpful."