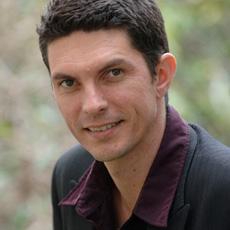 Greens Senator, Scott Ludlam, has hit out at the Federal Government’s Internet content filtering plan, calling for opponents to "stand-up" in the Senate yesterday.

In Ludlam's speech, he criticised the filter on technical, political and moral grounds, saying the government could not guarantee the technology would not be abused by proceeding administrations once in place.

The Federal Government has proposed a mandatory filter on all Internet connections in Australia using web filter technology implemented within each Internet Service Provider (ISP).

Speaking during a session of matters of public interest, Ludlam said the filters will fail in their objective to protect children online.

“If it is passed through this parliament none of the issues that parents grapple with, that teachers are concerned about, that child safety and protection advocates worry about, will have disappeared as a result of the enactment of this filter,” Ludlam said.

“Once the architecture is in place, the idea that future governments will not be tempted to expand its scope is impossible to entertain. The reasons are technical, as well as political.

“A majority of a future parliament, probably under pressure of some kind of moral panic — whatever that may be — broadening the filter to include a larger scope of banned material."

Ludlam said the Australians should “stand-up now, not down the track”, referring to comments by Federal Communications Minister Stephen Conroy that he would oppose a government that sought to broaden the scope of filtered material.

“[Conroy] has spent two years vilifying anybody who criticised the proposal. And every time the government shoots the messenger, more messengers arise,” he said.